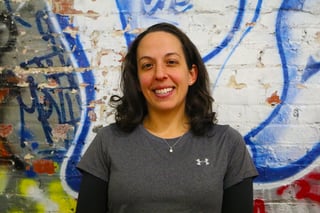 It's tough being a woman in a man's world. But then again, "tough" is a word that would best describe Merritt Clubs trainer Courtney Feldheim.

The Math-teacher-turned-boxer-slash-coach-slash-personal-trainer has endured struggles being a female athlete in a male-dominated sport. Currently she trains clients to box either as a workout, as a stress reliever, or to fight. But a comeback to the ring is in the plans.

Courtney recently sat down with us to discuss her background and how boxing can help any type of person - even somebody new to fitness.

How did you get started in boxing?

I was a sixth-grade Math teacher and I had a lot of stress and some issues going on in my life. I signed up for a boxing session at Merritt with my coach, Ron Zwolak and I immediately, from the first session, knew that I wanted to fight. After having played tennis in college, I finally found a sport that I wanted to learn as badly as I had wanted to learn tennis. Probably more so.

Boxing also provided me therapy, stress relief, and an outlet for everything that was going on in my life. I loved it so much that I became a part-time trainer, and then a full-time trainer so that I could be around boxing more and help other people find the stress relief that boxing gave me.  I quit teaching and at that point I was already a fighter with plenty of experience in the ring.

Boxing is known as a male-dominated sport. What’s it like being a female boxer?

Everything seemed to be a little bit more challenging for me being a female boxer. I’ve been booked for probably twelve to fifteen fights but I haven’t had that many because they kept getting canceled. For guys it’s a lot easier to find another—a hundred and fifty or a hundred and eighty pound guy—ready to fight that night. But for me, I had to rely on one girl to show up on that night and if she canceled then there was no back up. So I often would train for a fight, cut weight, I’d weigh in, and then sometimes my opponent would never show. That was very challenging. 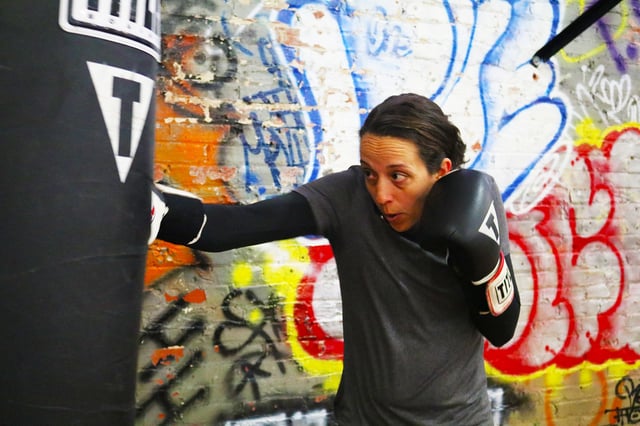 And then finding sparring partners was always hard. Almost all of my training was against men, which made getting in a ring against a girl easier so it was great for my fighting, but a tough way to train. It meant that I took some hard hits in practice before getting in the ring!

I think it might be even harder as a coach. There just aren’t very many female boxing coaches out there. I’ve had two guys fight, and when I showed up at the venue, I was pregnant, and they asked me to pay my admission and for the event. I was a coach and they didn’t recognize me as a possible coach because I was female, and I was pregnant. I guarantee that I am the only female pregnant coach that has ever gone to that venue.

It’s been difficult at times, but I don’t mind that much. It makes me more determined to get what I want and to accomplish what I want.

Do you still fight?

I have a one and a half year-old son and I have not fought since I’ve had him. I’ve been booked for two fights. Both were canceled. The second one was a hard pill to swallow because it was a last minute cancellation and I had made a lot of sacrifices in training for it so I’ve kind of taken a little bit of a break. But I plan to fight again and that’s always gonna be my ambition. I’m not ready to retire!

How will a boxing session or class benefit a person’s overall health and fitness?

Boxing is a great combination of strength, core, cardio, and therapy. It’s yoga with punching!  I train clients of all ages and I train my mother, she’s 67, two to three times a week in boxing. It has helped her engage her mind, it helps her stay in shape, and she is very good!  I need her in shape so she could watch my son, carry him around the house and keep up with him.

Learning something new and keeping your brain engaged in the exercise provides a better workout. The punching provides the stress relief. It allows clients to bring whatever they have in life, whether it be boyfriend drama, or buying a new home, or job stress, and punch it out.  Learning something new is a lot more fun than just running on a treadmill by yourself.

Do you have various training methods for different fitness levels of clients? How do you start it off with someone new to this?

We can vary the training and work around any injury but everybody starts off the same. You gotta learn the jab first, and you gotta get some basic conditioning in...And then we punch! 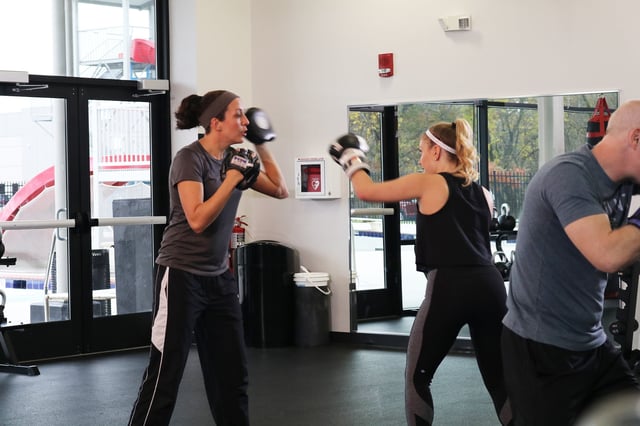 Or contact our White Marsh club to find out how you can join her boxing classes.