Healthy Asian Dishes You Can Make at Home

This month recognizes Asian Pacific American Heritage. In the continent of Asia and the Pacific islands, there is an immense variety of cultures and a multitude of different cuisines. Immigrants introduced dishes from their motherland to Americans and now we can see how varied the choices are whenever we want to go out to eat or even by just opening the UberEats app to get a delivery. So every time you get a craving for sushi, poke, pho, samosas, dim sum, or pad thai, say a silent “thank you” to those who brought the delicious meals to America.

As an Asian American who grew up in the Far East, I’ve been celebrating the month by taking a few popular dishes from the region and making some tweaks to make these a little healthier. 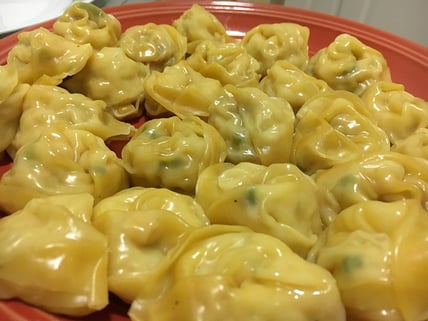 Dumplings are either fried, boiled or steamed. This blog is all about being healthy so ditch the oil and let’s steam these bad boys. Steaming retains the nutrients better than boiling.

Plot twist: Use fish for protein. It generally has less saturated fat compared to pork and other red meats.

For the ginger scallion infused oil: 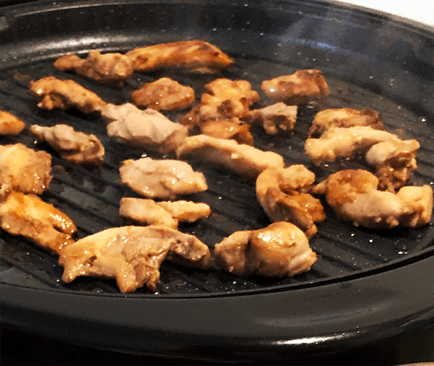 If you like Korean food, then you know about bulgogi. But have you met its lesser known sibling, dak bulgogi? “Dak” means “chicken” so this recipe uses the healthier, but still tasty, chicken thighs. To make it close to Korean BBQ, I used my trusty tabletop grill. But you can also use a skillet.

Also known as mung bean soup or stew, monggo is rich in protein and vitamins. It's commonly cooked in the Philippines as meatless soup Fridays during the Lenten season, served as a side dish with fried fish and rice. But this version is a stew that has ground poultry in it to make it more filling (yay more protein!). And we’re going to use an Instant Pot so we won’t have to soak the mung beans overnight. 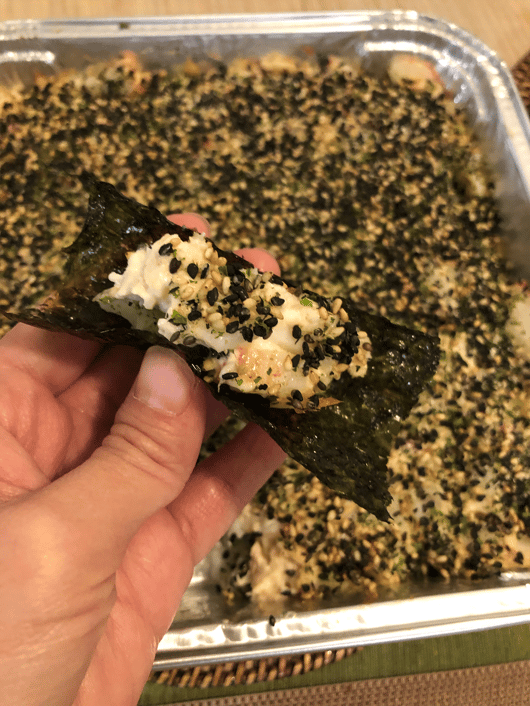 This is great if you love sushi but you don't have a bamboo mat at home to roll it. Also known as “sushi bake”, it became popular during the first couple of months of the pandemic when everybody stayed home and tried to figure out how to make sourdough bread. I see this as a fusion recipe since sushi is from Japan but the baked aspect of it came from Hawaii (also, #sushibake went crazy viral in the Philippines).

And I know what you’re thinking, who the heck thought of baking sushi? I myself found it a silly idea initially but when I took the first bite, wow! The warmth of the sushi fresh out of the oven elevated the flavors!

Of course, when you find yourself in the midst of a busy day with no time to cook, consider supporting a local Asian/Pacific business and order from them. Or try one of our LM Prep meals like the new Ginger Pork Bowl, the popular Mongolian Beef, or the gorgeous Tuna Poke.