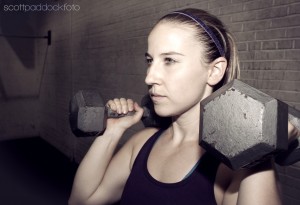 Week one of Women and Weights is in the books. Last week we discussed the core, it’s importance in injury prevention and exactly what it feels like to engage your core. Then we went over several different exercises that test one’s ability to engage and maintain their core. This week we are discussing upper body movements. This is where we start seeing some major differences in the sexes. In general, men and women respond to resistance training in similar ways. However, differences exist between the sexes in overall muscle mass, strength and hormone levels. The upper body movements are where this becomes most obvious. Upper body movements are much more difficult for women. Why is that, you ask?

Men tend to be larger, have more muscle, they are leaner and have higher levels of the sex hormone, testosterone. These sex hormone related strength differences are mostly found in the upper body. Women possess lower body strength levels similar to men relative to their body weight, but men have greater upper body strength relative to their body weight when compared to women. According to top trainer and researcher Brett Contreras, women possess 40-60% of a man’s upper body strength. That being said, when comparing strength per-pound of fat free mass (i.e. bones and muscle) the differences become less apparent. Women’s muscles are capable of producing the same amount of force as men’s muscles.

In our women and weights seminar this week we will be discussing proper form and will practice a few movements to help ladies increase their upper body strength. Here are a few women specific strength training tips to get you excited:

For more training tips and some hands on advice come to Women and Weights Wednesday nights at 6pm at the Downtown Athletic Club. Even better, schedule a one-on-one appointment with me, or email me to join my newsletter. Women and weights will only last until February 11th. Also, much of the information here can be found in Strong Curves: A Woman’s Guide to Building a Better Butt and Body by Brett Contreras.

END_OF_DOCUMENT_TOKEN_TO_BE_REPLACED 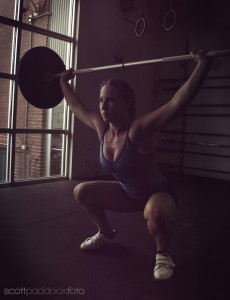 Strength does don't come from physical capacity. It comes from and indomitable will. - Gandhi
END_OF_DOCUMENT_TOKEN_TO_BE_REPLACED