Can a Paleo Diet Support a Healthy Lifestyle and Help You Lose Weight? 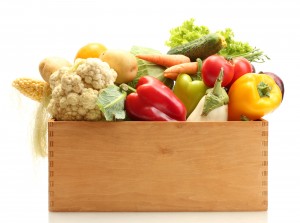 One of the most popular diet plans out there today is the Paleo Diet, which focuses on lean meat, vegetables, fish, eggs, and nuts. The concept is based on what our Paleolithic ancestors supposedly ate, and has garnered a lot of attention in fitness circles and the press as the perfect answer to the highly processed foods we consume in the modern world. The Paleo diet might support a healthy lifestyle, but is the Paleo diet also an effective way to lose weight?

A panel of diet experts was hired by U.S. News & World Report to review 28 popular diets to determine if they were effective for both long-term and short-term weight loss. They also looked at the safety, nutrition statistics of the diet, and whether it was easy to follow.

Two other studies that did have control groups assigned participants with heart disease or type 2 diabetes to either a Paleo diet or a Mediterranean diet consisting of whole grains, fruit, olive oil, fish, vegetables and low-fat dairy products. After 12 weeks, the Paleo eaters had lower blood sugar levels, but did not lose any more weight than the Mediterranean group.

Other trials have tried to answer the question of how a particular diet stacks up in the long run. Comparisons of diets such as Atkins, Weight Watchers, or the Zone diet have shown that none of them were better than others. The most important factor in the success of the diet was whether people stuck to them, with more extreme diets like the high-protein Atkins diet being harder to stay on.

If you are trying to lose extra weight, there is no hard evidence that a Paleo diet will get rid of those extra pounds.

For more information on how we can help you reach your fitness goals, please contact us.