Why Not Exercise Your Options with Delicious, Healthy Pumpkins?

Now that autumn is here, why not exercise your options with delicious, healthy pumpkins? They are rich in everything from vitamin A, phytosterols, carotenoids and fiber to tryptophan, potassium and vitamin C. So they’ll definitely help put a boost in your step and perhaps help improve your vision. Need ideas on what to make?

END_OF_DOCUMENT_TOKEN_TO_BE_REPLACED

10 Super Healthy Foods You Should Be Eating 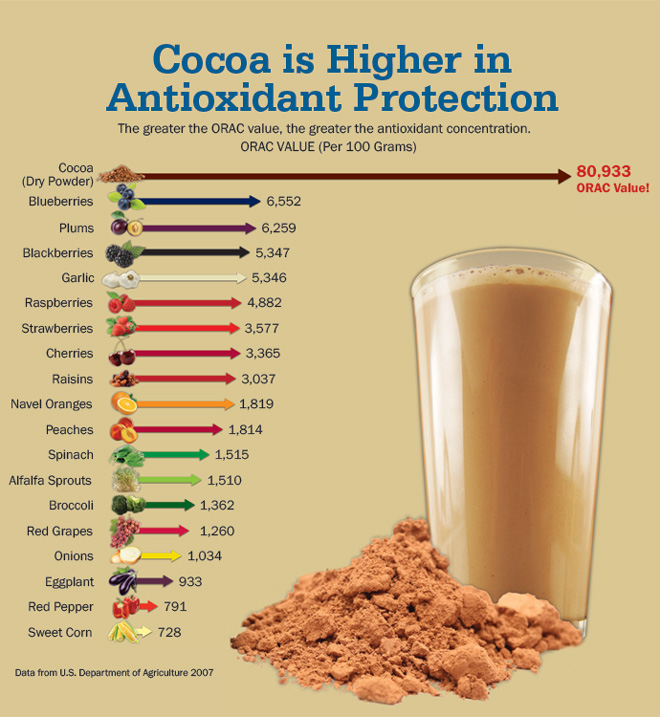 There is a surplus of super-foods that may never see the inside of a shopping cart, if you don’t put them there. Some you've never heard of, and others you may have simply forgotten about. This list is the best of the bunch. Make a place for them on your table and you'll instantly upgrade your health.

These grungy-looking roots are naturally sweeter than any other vegetable, which means they pack tons of flavor underneath their rugged exterior.

Why they're healthy: Think of beets as red spinach. Just like Popeye's powerfood, this crimson vegetable is one of the best sources of both folate and betaine. These two nutrients work together to lower your blood levels of homocysteine, an inflammatory compound that can damage your arteries and increase your risk of heart disease. Plus, the natural pigments -- called betacyanins -- that give beets their color have been proved to be potent cancer fighters in laboratory mice.

How to eat them: Fresh and raw, not from a jar. Heating beets actually decreases their antioxidant power. For a simple single-serving salad, wash and peel one beet, and then grate it on the widest blade of a box grater. Toss with 1 tablespoon of olive oil and the juice of half a lemon.

You can eat the leaves and stems, which are also packed with vitamins, minerals, and antioxidants. Simply cut off the stems just below the point where the leaves start, and wash thoroughly. They're now ready to be used in a salad. Or, for a side dish, sauté the leaves, along with a minced clove of garlic and a tablespoon of olive oil, in a sauté pan over medium-high heat. Cook until the leaves are wilted and the stems are tender. Season with salt and pepper and a squeeze of lemon juice, and sprinkle with fresh Parmesan cheese.

Absent from most American kitchens, this cruciferous vegetable is a major player in European and Asian diets.

Why it's healthy: One cup of chopped cabbage has just 22 calories, and it's loaded with valuable nutrients. At the top of the list is sulforaphane, a chemical that increases your body's production of enzymes that disarm cell-damaging free radicals and reduce your risk of cancer. In fact, Stanford University scientists determined that sulforaphane boosts your levels of these cancer-fighting enzymes higher than any other plant chemical.

How to eat it: Put cabbage on your burgers to add a satisfying crunch. Or, for an even better sandwich topping or side salad, try an Asian-style slaw. Here's what you'll need.

Whisk together the oil, lime juice, and sriracha. Combine the remaining ingredients in a large mixing bowl and toss with the dressing to coat. Refrigerate for 20 minutes before serving. The slaw will keep in your fridge for 2 days.

Guava is an obscure tropical fruit that's subtly acidic, with sweetness that intensifies as you eat your way to the center.

Why it's healthy: Guava has a higher concentration of lycopene -- an antioxidant that fights prostate cancer -- than any other plant food, including tomatoes and watermelon. In addition, 1 cup of the stuff provides 688 milligrams (mg) of potassium, which is 63 percent more than you'll find in a medium banana. And guava may be the ultimate high-fiber food: There's almost 9 grams (g) of fiber in every cup.

How to eat it: Down the entire fruit, from the rind to the seeds. It's all edible -- and nutritious. The rind alone has more vitamin C than you'd find in the flesh of an orange. You can score guava in the produce section of higher-end supermarkets or in Latin grocery stores.

Hidden in the leafy-greens cooler of your market, you'll find this slightly bitter, salty vegetable, which is actually native to the Mediterranean.

Why it's healthy: A half cup of cooked Swiss chard provides a huge amount of both lutein and zeaxanthin, supplying 10 mg each. These plant chemicals, known as carotenoids, protect your retinas from the damage of aging, according to Harvard researchers. That's because both nutrients, which are actually pigments, appear to accumulate in your retinas, where they absorb the type of shortwave light rays that can damage your eyes. So the more lutein and zeaxanthin you eat, the better your internal eye protection will be.

How to eat it: Chard goes great with grilled steaks and chicken, and it also works well as a bed for pan-seared fish. Wash and dry a bunch of Swiss chard, and then chop the leaves and stems into 1-inch pieces. Heat a tablespoon of olive oil in a large sauté pan or wok, and add two garlic cloves that you've peeled and lightly crushed. When the oil smokes lightly, add the chard. Sauté for 5 to 7 minutes, until the leaves wilt and the stems are tender. Remove the garlic cloves and season the chard with salt and pepper.

This old-world spice usually reaches most men's stomachs only when it's mixed with sugar and stuck to a roll.

Why it's healthy: Cinnamon helps control your blood sugar, which influences your risk of heart disease. In fact, USDA researchers found that people with type-2 diabetes who consumed 1 g of cinnamon a day for 6 weeks (about 1/4 teaspoon each day) significantly reduced not only their blood sugar but also their triglycerides and LDL (bad) cholesterol. Credit the spice's active ingredients, methylhydroxychalcone polymers, which increase your cells' ability to metabolize sugar by up to 20 times.

How to eat it: You don't need the fancy oils and extracts sold at vitamin stores; just sprinkle the stuff that's in your spice rack (or in the shaker at Starbucks) into your coffee or on your oatmeal.

Although the FDA classifies purslane as a broad-leaved weed, it's a popular vegetable and herb in many other countries, including China, Mexico, and Greece.

Why it's healthy: Purslane has the highest amount of heart-healthy omega-3 fats of any edible plant, according to researchers at the University of Texas at San Antonio. The scientists also report that this herb has 10 to 20 times more melatonin -- an antioxidant that may inhibit cancer growth -- than any other fruit or vegetable tested.

How to eat it: In a salad. Think of purslane as a great alternative or addition to lettuce: The leaves and stems are crisp, chewy, and succulent, and they have a mild lemony taste. Look for it at your local farmer's market, or Chinese or Mexican market. It's also available at some Whole Foods stores, as an individual leafy green or in premade salad mixes.

A popular drink for decades in the Middle East, pomegranate juice has become widely available only recently in the United States.

How to drink it: Try 100 percent pomegranate juice from Pom Wonderful. It contains no added sugars, and because it's so powerful, a small glassful is all you need. (For a list of retailers, go to www.pomwonderful.com.)

These raisin-size fruits are chewy and taste like a cross between a cranberry and a cherry. More important, these potent berries have been used as a medicinal food in Tibet for over 1,700 years.

Why they're healthy: Goji berries have one of the highest ORAC ratings -- a method of gauging antioxidant power -- of any fruit, according to Tufts University researchers. And although modern scientists began to study this ancient berry only recently, they've found that the sugars that make goji berries sweet reduce insulin resistance -- a risk factor of diabetes -- in rats.

How to eat them: Mix dried or fresh goji berries with a cup of plain yogurt, sprinkle them on your oatmeal or cold cereal, or enjoy a handful by themselves. You can find them at specialty supermarkets or at gojiberries.us.

You may know these better by the moniker "prunes," which are indelibly linked with nursing homes and bathroom habits. And that explains why, in an effort to revive this delicious fruit's image, producers now market them under another name.

Why they're healthy: Prunes contain high amounts of neochlorogenic and chlorogenic acids, antioxidants that are particularly effective at combating the "superoxide anion radical." This nasty free radical causes structural damage to your cells, and such damage is thought to be one of the primary causes of cancer.

How to eat them: As an appetizer. Wrap a paper-thin slice of prosciutto around each dried plum and secure with a toothpick. Bake in a 400°F oven for 10 to 15 minutes, until the plums are soft and the prosciutto is crispy. Most of the fat will cook off, and you'll be left with a decadent-tasting treat that's sweet, savory, and healthy.

These jack-o'-lantern waste products are the most nutritious part of the pumpkin.

Why they're healthy: Downing pumpkin seeds is the easiest way to consume more magnesium. That's important because French researchers recently determined that men with the highest levels of magnesium in their blood have a 40 percent lower risk of early death than those with the lowest levels. And on average, men consume 353 mg of the mineral daily, well under the 420 mg minimum recommended by the USDA.

How to eat them: Whole, shells and all. (The shells provide extra fiber.) Roasted pumpkin seeds contain 150 mg of magnesium per ounce; add them to your regular diet and you'll easily hit your daily target of 420 mg. Look for them in the snack or health-food section of your grocery store, next to the peanuts, almonds, and sunflower seeds.

The science is clear: Plant foods are good for you. And the credit often goes to chemicals they produce called antioxidants. Just as the name suggests, antioxidants help protect your cells against oxidation. Think of oxidation as rust. This rust is caused by free radicals, which are unstable oxygen atoms that attack your cells, inducing DNA damage that leads to cancer. Thankfully, antioxidants help stabilize free radicals, which keeps the rogue atoms from harming your cells.

So by eating more antioxidant-rich foods, you'll boost the amount of the disease-fighting chemicals floating in your bloodstream. The result: Every bite fortifies your body with all-natural preventive medicine.

Have a Question? Ask a certified personal trainer or lifestyle and weight management consultant, click here

END_OF_DOCUMENT_TOKEN_TO_BE_REPLACED

There are plenty of fads, diets, and pre-packaged meal plan options available – yet, obesity is on the rise. Why? Simple. Diets don't work. Fads fade. Meal plan options are temporary and can become expensive over time. Because we make basic nutrition more complicated than it really is, I wanted to provide you with a simple plan.

END_OF_DOCUMENT_TOKEN_TO_BE_REPLACED 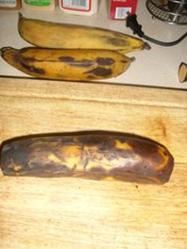 Plantains are like a banana but with less sugar and starchier. They are used a lot in the island of Puerto Rico and other Latin countries.