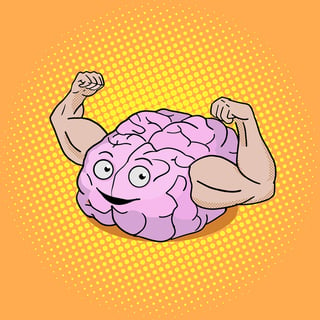 For those in their 20's, 30's, and 40's, it feels like life is moving at warp speed. Between a career, household responsibilities, raising children, and other family commitments, the one thing that often gets put on hold is exercising. A visit to a health club often isn't a priority when there are so many pressing needs. But for those who have concerns over brain function later in life, a new study shows it is very beneficial to fit in a workout now.

Middle-aged adults are often concerned about brain health, especially if they are watching elderly parents struggling with the challenges of dementia or Alzheimer's disease. Instead of worrying about the future, these people can be proactive by taking steps now to increase brain function later.

A study recently published in Neurology chronicled the steps taken by researchers from Boston University. They administered a treadmill test on a group of 1,500 adults who were about 40 years old. Then, 20 years later, they excluded any people who had signs of heart disease or high blood pressure, which still left them with a group of 1,000 people. They re-took the treadmill test, and found that the adults who were out of shape and had a lower performance on the treadmill also displayed lower brain volume as shown by comparative MRI's. Scientist feel that the correlation between poor fitness and brain volume indicates accelerated brain aging.

So, even though you're busy, now is the time to make time for some exercise. It will pay off in the long run, not only with a healthy body, but with a healthier brain too. Merritt Athletic Clubs has something for everyone, from free weights and machines to workout classes. Some locations have fun offerings such as aquatics, or karate. Children's programs allow the whole family to get involved too. For more information on all the Merritt Athletic Clubs have to offer in the Baltimore area, contact us.