Healthy Lifestyle: Would You Like to Ease Cold Symptoms with Organic Products? 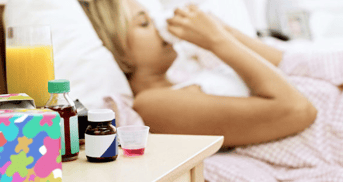 In the old days, adults only had to look as far as their household pantries to find the ingredients needed to combat the common cold. Case in point, let’s look at the onion. Also known as allium cepa, humankind has been using it for centuries to create home remedies. Today, it’s still being used to make people feel better, only it’s added to organic products created by a number of companies that believe in the value of healthy lifestyles.

Some of those companies take all of the beneficial elements of garden onions and jam packs them into 6 and 30X tablets that may be taken at one’s leisure. Oftentimes, the containers are also small enough to tuck into one’s pocket or purse, which makes them convenient when traveling for the fall and winter holidays. Traditionally taken under the tongue, most people opt to ingest anywhere from two to four doses a day. They say that it’s excellent for treating upper respiratory problems.

What makes allium cepa so beneficial in that regard? A 2015 edition of Critical Reviews in Food Science and Nutrition notes a pair of organic ingredients that are often replicated and used to make man-made medicines. But why replicate the ingredients when they’re already present in nature? Personally, we think all-organic health products made by many different companies are the far better alternatives.

Although it’s not always noted by the manufacturers, we know that some organic, health product users enjoy taking the tablets with a cup of honey tea. Both do a fine job at soothing the throat. Additionally, honey helps boost the immune system. A known antioxidant, it kills bacteria, which is something that onions do well too. In 2013, Pediatric Reports even suggested that it was gentle enough for children. To learn more about healthy lifestyles and how they may provide solace to people with chest colds, pleasecontact us.